It's balance of power!

I love that they've made Jim just the most generic looking dude.

I don't know this actor, but he is not distinctive in any meaningful fashion.

I agree with Pike's methodology so much more than Kirk's?

Like, everything about how Pike is handling this episode is better than what Jim did in the same situation, based on the information he had.

This is a good moment.

These are good moments. 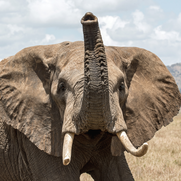 @ajroach42 That is true, but I also think that they represented Kirk in a pretty god way. That is to say that he behaves in a way that I'd expect Kirk to do.

Their characterization of Kirk was excellent. The bit with the mining ships was inspired.

But Pike's assessment of the situation was generous and compassionate and reasonable, and his argument represented the federation's values.

Kirk's behavior in the original balance of terror was not grounded in the values of the federation, and was probably the *wrong* behavior in every measure other than that it was successful.

Neither Kirk nor Pike had ever encountered Romulans. Pike's instinct was to treat them humanely.

Kirk's instinct was to Win first, no matter the cost.

Given those options, and the information available, Pike's was the better decision.

@ajroach42 Yeah, I think if Kirk had failed in that episode, he'd have been summarily dismissed and never be allowed to serve on a starship again. I'd expect that to happen to people who break regulations and start wars. 🙂

@ajroach42 Another thought around SNW is that it used to be that in order to be a writer for Star Trek you had to have watched all the series and all the movies.

It seemed to me that for quite some time they seemed to not enforce this anymore.

However, watching SNW it feels as though the writers really know Star Trek. Perhaps they actually watched all the series?

@ajroach42 Yeah the behavior of the Romulans in that episode just makes no sense. But they had to come up with SOME reason that Kirk's original handling of the situation was somehow better. I'd have preferred that it was just luck tbh.

@ajroach42 I mean, really it WAS just luck based on the information each of them had. It's not like Kirk had some special insight into the Romulans that I recall.

@freakazoid Exactly. It was just luck.

The Romulans only respect force, but Pike and Kirk had no way of knowing that.