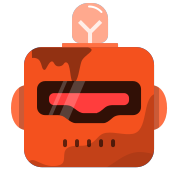 Wrote some thoughts about DIY Media and Peertube on my #gemini capsule.

@kelbot
I was thinking about this in the context of films.

One of the good things about “originals” from VOD services is that they're funding a lot of stuff that wouldn't have been made if they were trying to get funding from hollywood studios. Sure they're still big companies that have a lot of say in what gets made but at least they have an incentive to throw small amounts of money at literally everything, including indie arthouse films.

Still wish there was a good way for indie films to get funding other than bequeathing complete control of their script to some slummy producer like Jason Blum or relying on random art grants that are given out haphazardly. Sure there's things like Kickstarter but even people with a large following already wouldn't get full-scale feature film money from that.

@nytpu It kind of feels like that is more of a coincidental side effect of the gradual shifting of power because of the way streaming has changed the industry. I'm not sure it will be much different once the Netflixes are the biggest studios. But we can at least enjoy that side effect for now.

I have no idea how the funding of indie films would be best gone about but I agree it would be great to figure that out see what kind of awesome, inventive and weird films would get made. @kelbot @nytpu I mean, governments just handing bags of cash to teams that seem remotely capable has worked pretty well. A lot of really weird cool media has been made that way

@kelbot What Peertube instance are you a part of?

I think I have one... just need to remember what it is.

@CosmicTortoise I don't think I have actually made an account anywhere yet? I'm not sure X-). Might have made one I've forgotten about.

@kelbot Hah. That makes sense. There is no barrier to the media, so no need to make an account, aside from conveniences like subscriptions and watch history.