Nice to see the professionals catching up.

Literally nobody is asking for blue hydrogen other than the fossil fuel industry.

Natural gas is super expensive so let's use it to make hydrogen!

This solves none of our problems. Good thing this idiot isn't running again.

Here's a thought: let's kick Turkey out of NATO.

End of an era: finally ported my number back to T-Mobile after using jmp.chat for at least 3 years. It's a great service (at least on Android and desktop), just not worth the added complexity for me if I'm going to carry a cellphone with a SIM anyway.

My wife can't send me pictures over SMS/MMS from her iPhone when I'm using Signal as my SMS app, but she can

Signal delays notifications if its battery optimized even with sandboxed Google Play Services installed, though I'm not logged into a Google account so that may have an impact. I thought the whole point of using GSF for notifications was to get around this problem? Or is it not able to work that way on GrapheneOS.

And finally the last problem. I'm the only person my wife talks to with Signal, and she really didn't want to use it anymore.

Not allowing an AV to weight based on "personal characteristics" means that it cannot run over an adult to protect a baby. That's idiotic. As is the idea that the AV maker is going to put in weighting based on likelihood of lawsuit or something. "Ooh that looks like a lawyer let's avoid them." MatterFOSS is an AGPL-only fork of Mattermost™ for decentralized communities.

MatterFOSS is an AGPL-only fork of Mattermost™ for decentralized communities.

An episode of The X-Files takes place at "Ruskin Dam, Pennsylvania". Since I now live in Pennsylvania I decided to look up exactly where it is. It's in British Columbia, Canada. 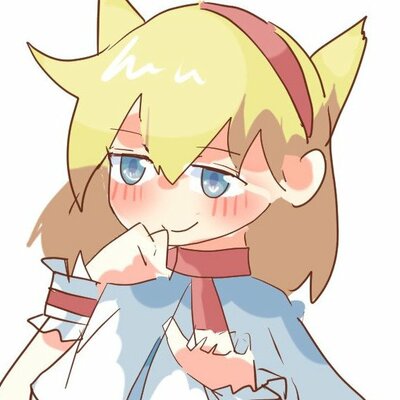 And now the damn sun is coming back out.

The answer is that it appears to have bypassed us. The system is moving toward the southeast.

Smartphones and tablets are here to stay. GUIs are a part of life.

The solution isn't to push users back to the command line. The solution must be to bring composability to the graphical environment.

In the 80s, my aunt (a child) and my grandmother (someone who, today, can't even effectively operate her Television) wrote a series of computer programs from which they ran my grandfather's business.

They generated invoices and printed them, scheduled jobs, kept a list of customers, etc.

They did it all with an Atari 8-bit computer, and the included BASIC.

Over the past few years the money supply in the US has increased at unprecedented rates. Corporate profits, executive pay, and tech worker compensation have surged, while working class wages have remained stagnant.

I'd already believed loose monetary policy was the primary cause of income and wealth inequality, and this seems to be even stronger evidence of that, because it's the loosest monetary policy we've ever had.

I believe inflation had remained low despite the huge increase in the money supply because wages were stagnant and we were importing so much from China. Now wages are still stagnant for the working class but not for the upper middle class, and we're seeing supply crunches. Normally consumption would go down in such a situation, but because there's so much money out there only the working class is being forced to reduce consumption.

All this leads nowhere good. If the Democrats manage to hold or gain ground in November, I suspect it will be because they nominate populists in their primaries. And then either Biden will choose not to run or end up challenged by a leftist populist. Even if Biden wins the nomination he's likely to be weakened for the run against Trump or DeSantis. If he loses the nomination that'll signal the end of the old Democratic Party.

I'll be keeping an open mind about the Democrats' candidates. I doubt they'll be worse than whoever the Republicans run, but that's a damn low bar.